Soldiers Aren't The Only Ones Who Get PTSD. Here's How It's Affected My Life.

Soldiers Aren't The Only Ones Who Get PTSD. Here's How It's Affected My Life. 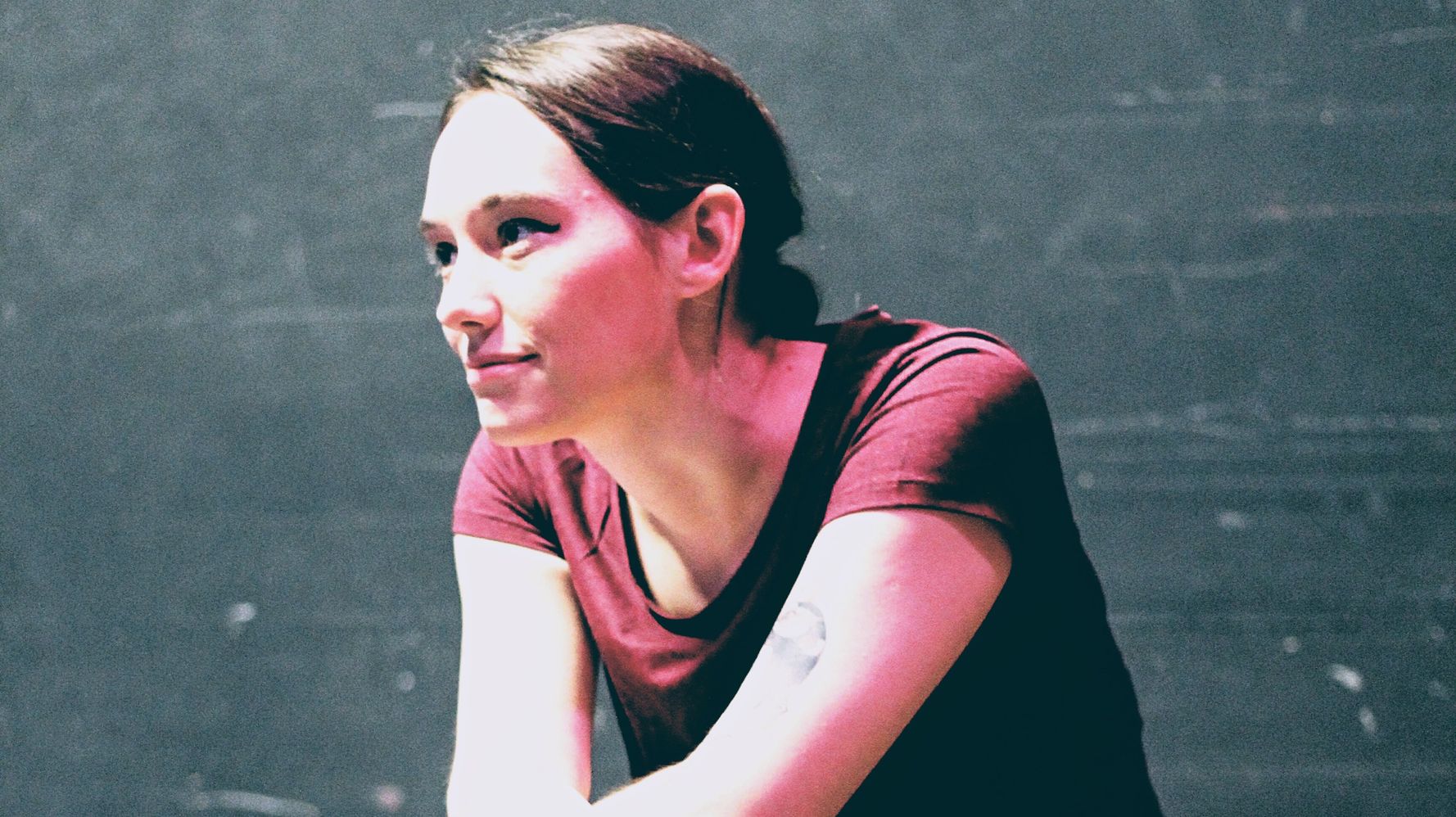 The other day, I had a flashback looking at a pair of pajamas. They were faded blue, with stripes, and they looked pretty much exactly like the ones my father used to wear.

Thirty seconds earlier, everything was fine, but seeing those pajamas catapulted me right back to being 12 years old, and spotting their distinctive fabric through a tiny gap in my bedroom door as my father walked to the bathroom. I waited for the lock to click so I could sprint for the kitchen, grab something to eat and hurl myself back into bed before he realized I was awake.

These flashbacks are like unprompted, extremely vivid memories that I can’t help but watch on repeat. They also take me back to how I felt in that moment ― the shaking legs, accelerated heartbeat and the overwhelming feeling that I am not safe.

This is a pretty normal occurrence for me because, like 4.4% of people in the UK and 3.6% of adults in the U.S., I have post-traumatic stress disorder, or PTSD.

These flashbacks are like unprompted, extremely vivid memories that I can’t help but watch on repeat.

It’s often assumed that PTSD is something that exclusively affects soldiers after combat. However, people experience trauma for a number of reasons ― from being in a car crash to losing a loved one to experiencing a natural disaster. You can even get a form of PTSD just by being close to someone who has experienced violence or mistreatment and feel secondary distress.

My PTSD came about due to sustained exposure to emotional and psychological abuse, courtesy of my father: Gaslighting, bullying, the systematic removal of everything that made me feel safe and secure in myself, all at a very young age. He would take away the things that comforted me, physically stop me from leaving and entering rooms, laugh at me when I was in distress. But most damaging was constantly being told that the world was a bad place, that I wasn’t good enough to be loved and that when my father was considering suicide, it was my fault.

Outwardly, he was charming and a dedicated father. No one knew what was happening at home, and at 12, I didn’t know how to even begin communicating it. All anyone saw, and all I really recognized in myself, were the effects. My symptoms manifested as anxiety and phobia, so severe that I dropped out of education, and wasn’t able to leave the house for weeks at a time. Over time, I found ways to get my life back on track, thanks to the support of my school and family, as well as intensive cognitive behavioral therapy. However, it wasn’t until I had my first flashback last year, at the age of 27, that I acknowledged that my struggles were a direct result of my father’s abuse.

My symptoms manifested as anxiety and phobia, so severe that I dropped out of education, and wasn’t able to leave the house for weeks at a time.

The flashback came out of the blue, and even now I’m not sure why it happened, but looking back, I think it might just be because it took 15 years for me to be capable of processing what I went through.

Finally acknowledging my father’s role in my mental health has been a major turning point. I was able to seek more targeted therapy, and started seeing a psychotherapist ― something which is still helping me to revisit my experiences in a controlled way. It’s a long road, and it’s going to take time, but acknowledging the trauma has brought me clarity and control, and helps me to deal with the causes of my symptoms rather than just reduce their impact.

Realizing that I have PTSD has been a mixed bag. On one hand, I better why I get distressed at strange moments and why it’s not just big things ― like feeling trapped or facing conflict — that make me panic, but also small, innocuous things ― like red velvet curtains, English holiday cottages and pajamas. Knowing that they’re PTSD triggers helps me to make sense of why I’m freaking out, which in turn helps me to find a way to level out.

It wasn’t until I had my first flashback last year, at the age of 27, that I acknowledged that my struggles were a direct result of my father’s abuse.

Acknowledging what happened to me as a child has also allowed me to access repressed memories. Bringing them to light feels a little bit like having a vague recollection of something distasteful you saw in a film once, but have since half-forgotten ― and then realizing that actually, that distasteful thing happened to you. In the last year, I’ve remembered physical and sexual components to my father’s behavior, as well as specific instances of emotional and psychological abuse, which have been difficult to acknowledge and challenging to process.

Regardless of my past and present experiences, my abuse doesn’t define me. I’ve been fortunate enough to travel, live abroad, have some interesting jobs and challenge myself ― from writing scripts to trying improv. I’ve also met some incredible people. Throughout everything, I’ve been overwhelmingly lucky to have a tower of strength and empathy in my mother. I can probably never fully express my gratitude to her for always showing me kindness and optimism and affection. If I hadn’t had that earlier in life, I doubt I would be in a position to be writing this article. She continues to keep me on track today.

Therapy has also helped me through a lot of my biggest challenges and, during my teenage years, I benefited from the support of teachers who went the extra mile to help me get a great education by believing in my abilities even at times when I could barely function.

I now have tried and tested strategies in place to help keep most of my symptoms under control, and I take a low dose of anti-anxiety medication. Due to the nature of some of my symptoms, I struggle with some common solutions such as exercise and meditation, but I’ve found other ways forward.

PTSD is a tricky condition. I can’t predict when a trigger will come along, and having an attack can bring about a huge range of both physical and mental health problems.

I find a lot of comfort in process-based work (my job involves a lot of spreadsheets) as well as writing, art and walking. I also challenge myself to say yes to new things as much as possible, which has helped me to discover acting and stand up comedy. I find a lot of satisfaction in getting up on stage and doing something that’s terrifying in a whole different way, because every time I do, I remember that I’m more capable than I think ― PTSD or not.

PTSD is a tricky condition. I can’t predict when a trigger will come along, and having an attack can bring about a huge range of both physical and mental health problems, from panic attacks and periods of depression, to stomach cramps and migraines. I frequently burn out and have several times now crashed out of work and had to start from scratch because so many London workplaces don’t allow me the time and resources I need to manage my symptoms.

It can also make dating and maintaining friendships a challenge, because I haven’t come up with a good explanation. It’s difficult to admit that I’m not coming out because I’m in a trauma-induced funk, or that the reason I’ve gone quiet over dinner isn’t because it’s a bad date, but because the decor has triggered a traumatic memory. Sometimes, it feels like a lot.

It’s difficult to admit that the reason I’ve gone quiet over dinner isn’t because it’s a bad date, but because the decor has triggered a traumatic memory.

The great thing is that all of those distressing moments pass. Like so many mental health symptoms, they’re not a sign of being unstable or unhinged ― they’re just a painful thing that happens, like an asthma attack or a twisted ankle. I still get to be a whole, normal person outside of them, which is why I’m pretty committed to the idea that talking about mental health doesn’t always have to be serious and depressing. I would love to reach a point where we can discuss mental health and trauma in a destigmatized, matter-of-fact way: “Hi, I’m Miranda, she works in the film industry, owns a cat, has PTSD, and enjoys traveling, Rocky Horror and stand up comedy.”

There is a kind of intrinsic discomfort with discussing issues around trauma — and of course there is, because who amongst us really knows how to respond when someone tells us they’re reliving a moment of intense emotional distress?

But we need to reach a point where we can talk about it regardless. I want society to be able to normalize these conversations and truly understand that PTSD can come from a variety of past experiences. While PTSD isn’t my whole life, it is something I deal with every day, and in a world that regularly throws difficult things at lots of undeserving people, I think it’s an important thing for us to be brave about. I want every PTSD sufferer to feel able to explain their experiences without dropping a dark cloud onto the conversation, and to feel better supported in working through the rough bits.

Have a compelling first-person story or experience you want to share? Send your story description to pitch@huffpost.com.